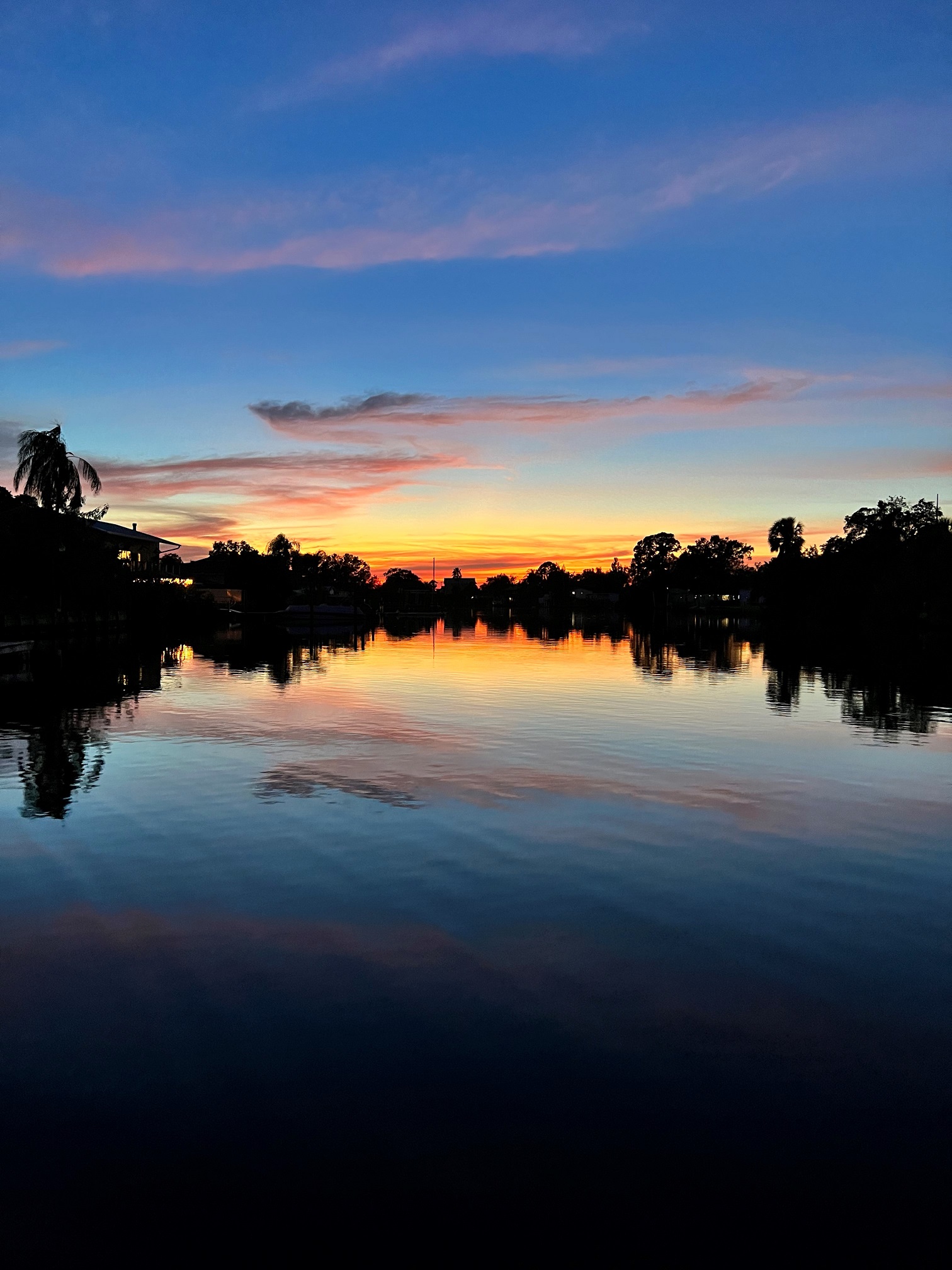 Elephant In The Room

By Kostas StoilasDecember 27, 2022No Comments

Regardless of anything you see or read, good bad or indifferent…

We are going to talk about recession in the media for the next 6-12 months.  It’s just the way it’s going to be, so know that and control your emotional response to the national news.  You’ll want to balance those headlines with what you’re experiencing locally.  It could be 2 differing sides to the same story, with differing levels of severity.

It feels like the words the national headlines are using are more severe than the actual level of activity change in certain local markets. Institutional investment volumes have changed commensurate with the changes the Fed has made and the effect that is having on capital. But, the market demand activity in growth regions has not retracted with the same pace, and underlying fundamentals are still there. That crack in the armor has not appeared yet.

Most investors and some users are pausing to see what effect this is having on pricing, but mostly out of prudence and curiosity rather than out of slowing demand pressures.  If anything, they still need and want the space, but they just want to see if they’ll get relief from pricing in the next few months.

So why are you seeing local price increases in your Florida office or warehouse rent if we’re heading to recessionary times in the cycle?  Well, because supply is nowhere near meeting the local demand, so it’s just too easy for landlords and sellers to increase prices right now.  You should be able to negotiate good concessions on office leases, but unlikely you’ll get any leverage on a warehouse lease or retail location around West Florida.  That’s thanks to the attention this region is getting on all national levels.  It is not going to be the same recession in Florida as it was 15 years ago.

We are starting from a good place as we head into a potential softening of the economy.  500,000 new people are expected to move to Tampa Bay by 2030, and Florida as a whole is starting to add well over 600-700,000 per year!  Florida was named the Fastest-Growing State for the First Time since 1957, by Forbes.com, and people are leaving major US Cities to move to the Tampa Bay area.  Yes, inflation is higher than average locally, but that all ties back to what everyone has been saying for years in that our area has been undervalued for quite some time.

It’s hurting the local population, but those moving here are now seeing what our quality of life has been like and it’s at a bargain compared to where they moved from.

from 9.1% to the 7-8% range and yes I know it’s still highly elevated, but the point of this remark is that the trajectory has changed, so we need to watch this data point as we see the macroeconomic levers being pulled by leaders.  The large categories of increasing prices, like energy and food and consumer goods, are apparent. Finding solutions to each one of those categories that could make a large enough dent that it impacts inflation positively and creates a softer landing is going to be the hard part. Or at least that’s the goal and we need to see how well the Fed decision executes on that goal.

We are also hearing and seeing price increases either forecasted to decelerate, or actually decelerating, for housing, construction and shipping costs.  Stabilization is showing up in some construction material costs, which is a welcome sigh of relief because development interests are not slowing down anytime soon.  Deceleration is happening but growth is still happening too, and it’s a more normal pace of growth.

What I’m attempting to point out is that the effects of the Fed tightening could be taking place, and the fact that we’re coming off peak years skews our perspective of where we are currently at still above average growth.  How far the pendulum swings is another topic in itself, and only time will tell as we get well into 2023.

Pricing is the focus…

What we’re experiencing right now is a pricing revaluation more than a recessionary cliff.  Investors, developers and lenders are all re-formulating their spreadsheets and pro formas in order to adjust and account for the Fed changes.  Expectations have changed more than the reality of activity.  Most of the pressure is on determining cap rates, development yields, and land pricing.

There’s a clear split in sentiment between the real estate end user and the investor / developer right now.  The user is still active and seeing business growth, while the investor and capital stack is recalculating their valuations and returns based on interest rates and cap rates.  Once the capital settles in, and the end user is still seeing strength, then this pause could result in an ensuing recovery pattern.

All costs have gone up, including development costs, construction costs, and now even financing costs.  Where the new balance is created is yet to be seen.  How long land and supply constraints last in our local West Florida markets will tell a lot of the story going forward.  I personally don’t see any dips happening, yet rather more of a plateauing.

Demand is still present though…

Both for consumer and business, and liquidity is still there even though all lenders have changed their underwriting for debt.  The underlying fundamentals are still strong, and although refinancing is down equipment financing is still happening. Lenders are pulling back and requiring more equity and pre-leasing on new development starts; and cash is still king. Spec development is only for infill markets. The fringe markets are starting to dry up, and core is what matters. The demand will still be there in 2023, but the transaction types could change.

Consumer spending will likely be hampered on goods this year, with the focus shifting to services.  Although it still feels like companies are moving and growing around the country in certain areas and finding a better fit for their businesses. That, in turn with jobs and population migration, is creating above average economies in certain areas too. There is a buoy-effect happening in some markets.  Florida definitely feels to be in that category.

…and what it will look like going forward, because right now we’re also experiencing “noise” from the holiday season, which adds seasonality and volatility, and we have to see what settles in long term or if normalcy in demand picks up again afterwards.  So far in the last quarter of 2022, both jobs and consumer stats are making people scratch their heads with the inflation story and rising rates.  Consumer confidence rose at the end of the year, while the Leading Economic Indicators declined.

Rental rate relief is not here yet, but purchase power through negotiations is possible.

Some owners are wanting to cash out early in order to be prepared for a slowdown, whether its because they want to weather a storm or because they want dry powder to take advantage of other buying opportunities.

Industrial demand could continue to grow, due to the fact that if e-commerce sales get to $1 trillion then that will require another 315mil SF.  That demand could carry industrial through the next few years.

Housing starts estimated at 950k for next year, with prices to drop in 2023 and then rise again 2024.  Even with the interest rate increases, median house prices in some areas still rose in the last quarter of 2022.  It’s a staring contest between buyers and sellers.

Keep in mind my optimism shouldn’t be regarded for blind faith.

I believe we need a slowdown, I just don’t believe it will be bad around west Florida. It’ll just be a deceleration from record growth so keep perspective in 2023. There is so much capital and dry powder on the sidelines that it could help buoy us.  The Florida CBD office markets are doing better than most nationally, while US office occupancy is plateauing at 40-45% occupancy.  Office markets are seeing a lot of negative absorption but only 1% decline in rates, which again is providing balance. Tech is the most common user looking for office space too.

Also, industrial real estate is on a path for more development growth over the next year.

Vacancy is so low that even if what’s coming online through the construction pipeline does not get absorbed, we would still only get to 6% vacant.  Industrial is still on fire and active, with limited supply and continued activity. Lease rates are not being quoted more than 6 months in advance of when a user needs occupancy, mostly because construction is still taking a while and materials costs have not dropped yet, so pricing is volatile.  Building materials and retailers are the common users looking for warehouse space.

Retail is seeing 50% growth in population from in-migration to Florida in 2022. Tampa is in the top 5 in the country for lowest vacancy and rent growth with less than 4% vacancy.  Consumer spending is up 10% YOY.  Food & Bev, and restaurants are the common users looking for retail space.

It’s all about the negotiation now, and who’s doing the negotiating as well as what pressure (if any) they are facing.

What I’m hearing consistently around Industrial Real Estate experts is that in 2023 Leasing Activity could be down compared to 2022, but it would still be one of the better historical years on record.  The pause in new construction starts could mean some markets will be under-supplied for new space as we head into 2024, given the time it takes to design/permit/build, and any increase in vacancy will be absorbed in 2024.

Some landlords are even welcoming some vacancy in their portfolios, so they can gain on rental increases, which are still forecast to grow potentially 10-20%.

Call Fortress CRE, so we can talk expert advice on where your real estate strategy should be focused in West Central Florida. Fortress Commercial Real Estate (CRE) adds value to business owners looking to grow through their real estate, office and building needs.

Visit www.Fortress-CRE.com and call or email me for more sound advice. 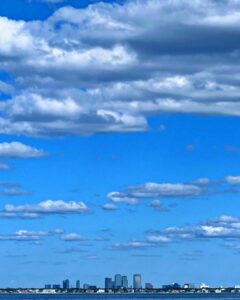